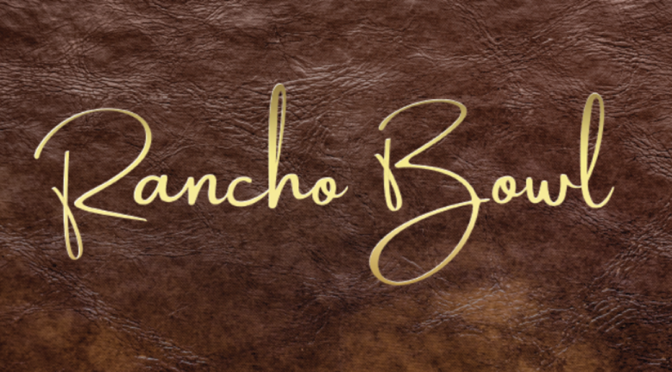 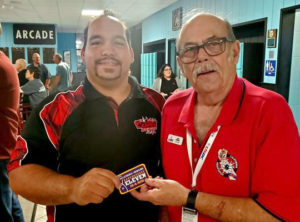 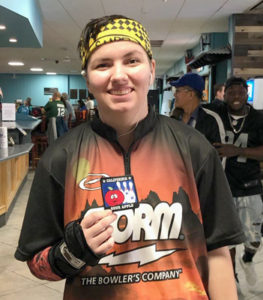 SANTA MARIA – Driving north on Route 101 from Santa Barbara, with the Pacific Ocean and Vandenberg Air Force Base to the west, one passes through the Santa Maria Valley on the way to Rancho Bowl and this years California State Singles Tournament. The valley is home of the Lawrence Goldfinch and famous for Santa Maria style barbecue.

That barbecue taste apparently suited Jermaine Bautista as he rolled a huge 299 scratch game and a tournament high 1,432 total scratch score for first place in the Men’s High Average Scratch Division (176 average and above). That win netted Mr. Bautista $210.

LARRY WORRALL, California USBC Association First Vice President, did another great job as Tournament Chairman providing the leadership we are accustomed to at our state tournaments.

The tournament was open to all California USBC members. There were four divisions, two for women and two for men. Both the women and the men were divided into a 176 average and above division and a 175 average and below division. While the main tournament is a handicap event there are optional scratch divisions divided by the same averages as the handicap divisions. Handicap was based on 30% of 230. Youth bowlers were eligible to participate with a signed USBC scholarship waiver prior to competition.