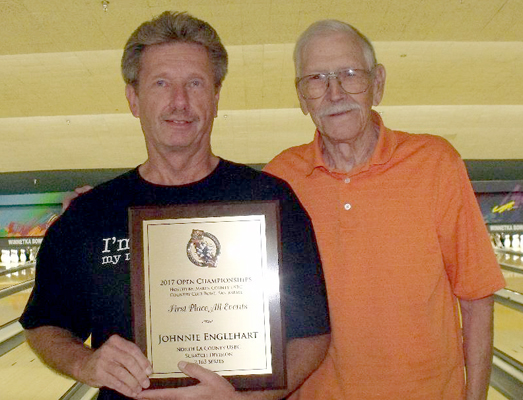 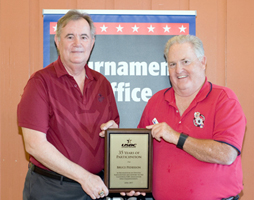 It has been 30 years since Marin County ABC hosted the 42nd Annual California State Men’s Bowling Championships, conducted by the California State Bowling Assn. Back in 1987, it was Doubles & Singles at Country Club Bowl in San Rafael and Team event at Nave Lanes in Novato. This year, the 12th Annual CUSBC Open and Women’s Championship Tournament, conducted by California USBC and hosted by the Marin County USBC, began on April 7 with Team, Doubles & Singles all happening at Country Club Bowl.

Looking back at the biggest difference since 1987 would be the amount of bowlers. Back then it was nearly 2,500 teams of 5 men bowlers for 18 weekends. Bowlers even had to check-in their bowling bags in a special area. This year we look forward to welcoming almost 500 teams of 4 men, mixed or women’s teams to Marin County for 9 weekends. In 1987 the tournament was 18 weekend, April 24- August 23. This year will be 9 weekends April 7- June 18. No Bowling Easter Weekend, April 14-16, Mother’s Day weekend, May 12-14, or CUSBC Convention weekend June 9-11. In July, the CUSBC Youth Championships will also be at Country Club Bowl for two weekends.

On Saturday April 8, James Brown of Fountain Valley and Upland Bowl, and rolled a 299! James’ last 300 game was 4 years ago, so he was ready for another. He has 3 perfect games and an 813 high series to his bowling credits. John Stark organized the 2 teams from Fountain Valley.

Terry Lankster of Empire Bowl and Redlands, rolled the first perfect game of the tournament in the afternoon squad on Saturday, April 8 on lanes 39-40. This was his very first sanctioned 300 game for the 203 average bowler. At age 54 he is already a two-time retiree having retired from the Marine Corps and as a Sheriff of Riverside County. Terry currently bowls in 4 leagues as well as coaching 80-90 youth bowlers at Empire Bowl. He almost didn’t come to the tournament this year as he was having trouble with his own bowling, but after some ball work from Zack Jellsey, he credits Zack for the perfect game. His friend, Jessie Cannon organized the 2 teams to bowl the tournament. Terry’s future goals?–764 is his highest series–now on to that 800!

It’s nice to see the groups coming into the center wearing their matching Team Shirts. The Bay Area Muni teams and as well as the group of Orange County KutUps were lookin’ good in their bowling shirts. If you haven’t signed up for the 2017 tournament, there are still times available and the deadline to enter is June 18, 2017 if lanes are available.

Asking bowlers what they plan to do in their off time? It’s going to San Francisco with a ride over the Golden Gate Bridge and a visit to Pier 39, Wine Country, the Graton Casino, Muir Woods or just out for a nice dinner at one of the local restaurants with the traveling bowling friends. Bowlers seemed to like the new Bowling Shirts that are available through the CUSBC website and they were even already reserving their spots for the 2018 tournament to be held at Keystone Lanes in Norwalk.