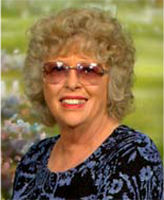 CAROL JEAN MANCINI was inducted for Meritorious Service.  A familiar figure to anyone involved in bowling in So. Calif, Carol Mancini was born in the one stoplight town of Chanute, Kansas.  In 1951 a six-lane bowling center was built in Chanute.  Carol was a senior in high school but she also worked making airplane parts from 3 P.M.  to Midnight.  It so happened, the bowling center was across the street Carol Mancini from her work and she would bowl a game on her break.

After graduation she concentrated on saving her money and finally bought a one-way ticket to California.  It was here she met and married Harold Woodruff and they were blessed with three children in the first seven years they were married – Bette, Wendy and Brian.  In 1957 Harold’s work took him to Sasebo, Japan for two years.  The naval base had two bowling centers (with pin boys.) While she was there she organized three day leagues for the ladies, taught the Girl Scout Troop to bowl (and get a badge) and she even bowled in a Navy Travel League.  When they returned to the states they lived in Newport, Rhode Island and had only candle pin and duck pin leagues.

In 1963 they moved back to California and real bowling centers! This was the era of the door to door promotion, WIG leagues, and bowling lessons.  Over 3,500 women took lessons and at least 3,000 got wigs at Parkway Bowl in El Cajon.  In 1970 she married Nick Mancini who was a legend himself in promoting tournaments.  In 1973 Nick took over Grand Central Bowl in Glendale and Carol took the helm at Alhambra Valley Bowl in Alhambra.  At her first association meeting she was elected a delegate to the WIBC convention in Miami, Florida.  She was hooked and attended 26 more as well as 30 plus state conventions.  In 1988 Carol was elected president of the San Gabriel Valley WBA and she led the quest of hosting the State Tournament in 1989.

After doing special projects for various bowling centers Carol went to work for Del Rio Lanes.  In 1989 the Bowling News Newspaper came up for sale and together with Del Rio Lanes owner Charlie Kinstler they purchased the 73-year old paper and it remains one of two operating in California.  It’s a labor of love and she continues as office Manager of Del Rio Lanes in Downey as well, a position she says she enjoys.

Her honors include San Diego Bowler of the Year in 1969; The 1977 CWBA Doubles champion; recipient of the Joyce Deitch Trailblazer award; CWBA Distinguished Service Award; San Gabriel Valley WBA Hall of Fame and Southern California Bowling Writers Hall of Fame.  She is an accomplished bowling writer and member of the Bowling Writers Association of America and the California Bowling Writers.  She loves keeping up with local, state and national news and loves talking to bowlers about “the good old days”.  She greets all with her infectious smile.