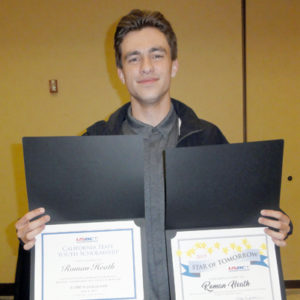 Roman Heath is a senior at Gregori HS in Modesto. He has bowled in multiple youth state and local championship tournaments. He has bowled in 4 DW Challenge tournaments coming in 2nd place for 2016 and 2017. He has been a Modesto USBC Youth Director for 2 years. Roman has nine 300 games, two 800 series and has been bowling league for 10 years.

His plans are to go to Modesto Junior College and then transferring to either Stanford or UC Berkeley to study software engineering. He also aspires to become a PBA bowler, which he has been working toward on a daily basis.

Roman’s activities outside of bowling: 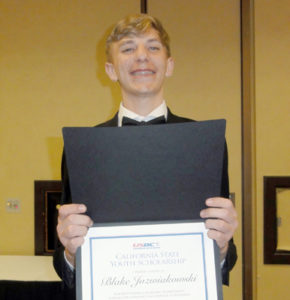 Blake participates in local and state championships and has worked the past 5 years of the NLAC USBC local adult and youth tournaments. The past 2 years he has been active in our local youth committee and is now trying to help them resurrect their youth leaders program. 3 years ago, Blake was instrumental in getting the NLAC USBC Adult Youth Travel league started. They have gone from 10 teams to now 22. He is a good ambassador to the sport of bowling. 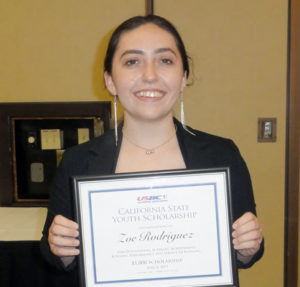 Zoe Rodriguez is a senior at Van Nuys High School, Performing Arts magnet and has a 4.0 GPA. She played the national anthem on her violin at the 2017 CA State Youth Championships opening ceremonies.

Zoe grew up in a bowling center with a bowling family. She also coordinated food drives to a nearby food bank, which she helped organize and promote to league members delivering food and school supplies to the food bank. She kept score for the adaptive tournament, where bowlers with special needs compete but need help keeping score. And when the Police and Fire World Games came to the San Fernando Valley, I spent a week at PINZ meeting bowlers from all over the world and supporting our local police and firefighter bowlers.

Zoe hopes to study civil engineering and pursue a career in urban studies in college this fall.