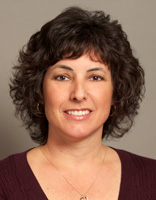 I was born in Van Nuys CA, lived in Northridge until my sophomore year in high school when my parents moved my family to the Santa Clarita Valley.

I graduated from Canyon High School. My dad taught my siblings and I how to play sports at an early age. He was/is a huge sports fan. I have a great love for sports and competition. I started playing organized sports in my sophomore year in high school. In high school I played volleyball, basketball and softball. I was the female athlete of the year, the year I graduated and was named to the ALL CIF 1st team softball team. Softball and Volleyball were my favorite team sports.

After high school I studied at College of the Canyons. I played Volleyball, Softball and basketball for a season while I was there . Still retaining my love for sports.

I love camping in the high sierras or at the beach with family and friends. I enjoy walking on the beach, hiking, fishing, biking, working out or just spending time with family and friends in whatever activities we’re participating in at the time. I enjoy traveling with my friends here in CA or across the U.S. when we go to compete in tournaments. Every year I look forward to September, when the NFL football season starts. Sundays are spent sharing the day with family and friends watching football, and eating lots of good food!

I started bowling when I was about 9 or 10. My grandmother would take me, my sister and my aunt bowling every Friday after school and she would give us each .50 for every game we scored over 100 and a dollar for a game over 150. Soon my grandmother cancelled that deal because it started to become expensive for her. I bowled a couple of junior leagues as a teenager.

I started bowling in an adult league when I was about 22. A few years later, one night I was asked to sub in the ladies scratch trio league at Canoga Park Bowl with Lauren Takahashi and Paula Vidad, and that‘s where my bowling career began. That‘s where I started to “LEARN ” the game of bowling and learned “HOW” to bowl. Paula taught me a lot about the game and took me to her coach Bobby North for more coaching.

At that time, I didn’t know that there was a Ladies Professional Bowlers Tour. Once that was brought to my attention , of course I wanted to go out on tour and compete with the ladies . I always dreamed of being a professional athlete. A year later, I went out on tour to bowl a few tournaments to “see what it was like“. That was a very humbling experience as I ended up towards the bottom of the sheet and in the RED for the four tournaments that I bowled. So, I went back home, worked more on my game with Paula, began practicing A LOT, joined some local amateur tournament clubs and joined the Western Women Professional Bowlers organization. I gained more tournament experience and learned how to compete on the lanes.

I bowled on the Ladies Professional Bowlers Tour from 1990-1994. While competing out there, I learned how to read lane conditions , learned about bowling equipment, the cores, cover stocks and pin placements on bowling balls. There was/is world of knowledge and fierce competition out on tour and that experience helped me to become a better bowler.

A couple of highlights and memorable moments bowling on tour… l made my first TV show in the most prestigious tournament on tour, the 1991 national queens tournament in Cedar Rapids Iowa. I was seeded 4th. I won my first two matches before losing to the eventual winner of the tournament. I finished 3rd.

I bowled with Aleta Sill in the LPBT Sam‘s Town doubles tournament in 1993. We were seeded 5th going into the show. We made it all the way up the stepladder, winning the tournament. In our third match, we shot 300. That was the most amazing experience. I think it‘s the only Baker doubles 300 ever shot on TV by women or men.

I currently bowl with some friends in a handicap league at Valencia lanes. I continue to bowl and compete in a few tournaments each year. I bowl the CA state tournament every year. I usually bowl the National Women‘s Championships every year and I’ve bowled the Open championships the last three years. Sometimes I’ll bowl the national Queens tournament or the Women’s U.S. Open.