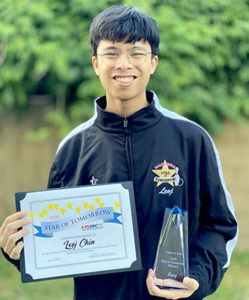 LEOJ CHIN was a 4.0 GPA student from International Polytechnic High School in Pomona and will be attending Savannah College of Art and Design this fall studying film and television.

He’s hoping to be a part of some major production studios like National Geographic or Disney after he earns his Bachelor’s degree. After graduating with a film degree, he plans on coming back to California to pursue a degree in business.

His hobbies include photography and traveling. Leoj has a high game of 300 and a high series of 731. 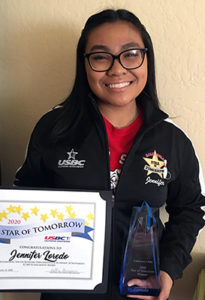 from Fresno is no stranger to California youth bowling and it is definitely no surprise she won this award!

Jennifer will be attending Vanderbilt University in Nashville, Tennessee this fall studying Political Science or Law, History and Society.  She will be joining their women’s bowling team.

Professional bowling is a goal, but Jennifer plans on entering law school after she graduates. In her spare time, Jennifer likes to draw and paint.  She has two 300 games and 751 high series.

Both Leoj and Jennifer will be acknowledged at the CUSBC Awards Banquet in 2021 Fresno due to the cancellation of this year’s banquet.